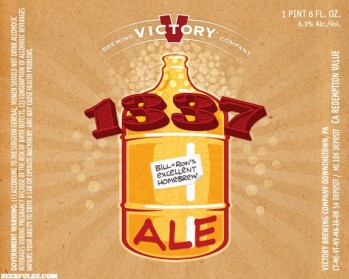 Victory Brewing just announced that they’ll be releasing 1337 Ale on the East Coast later next month. 1337 is named after H.R. 1337, which legalized homebrewing in the United States, and was signed into law by President Jimmy Carter in 1979.

Homebrewing immediately took off and led to much of the craft beer boom and creativity that is seen in the American craft scene. All of this finally came full circle just a few years back when President Obama purchased a homebrew kit and his kitchen staff began brewing beer at the White House.