I have been to way more beer dinners than any one individual should ever be entitled.

I’ve hosted beer and food pairings for fun and for work.

I’ve cooked an entire Thanksgiving dinner where every dish was not only made with beer, but also paired with a beer.

I thought I had seen it all.

Imagine my surprise when I was completely blown away by last Thursday’s beer dinner at Severn Inn in Annapolis. 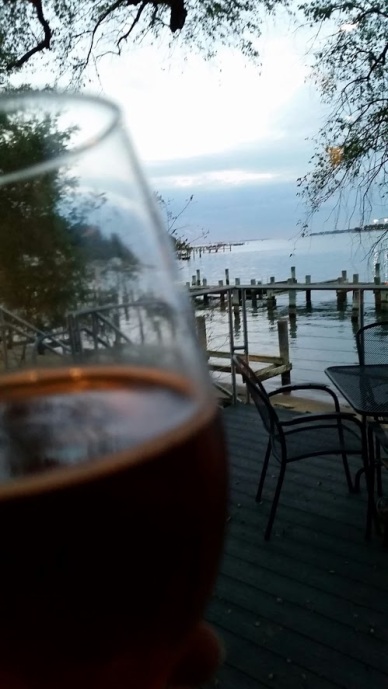 So what was so amazing? Well we can start with the gorgeous view of the Severn River, which we got to enjoy during the craft beer “cocktail hour.” From 6-7pm we mingled and snacked on incredible smoked trout crostini and tostadas while drinking from a selection of six craft beers at the open bar. Among the selections were Stone, Bluepoint, Saranac, and of course Evolution representing local Maryland craft. 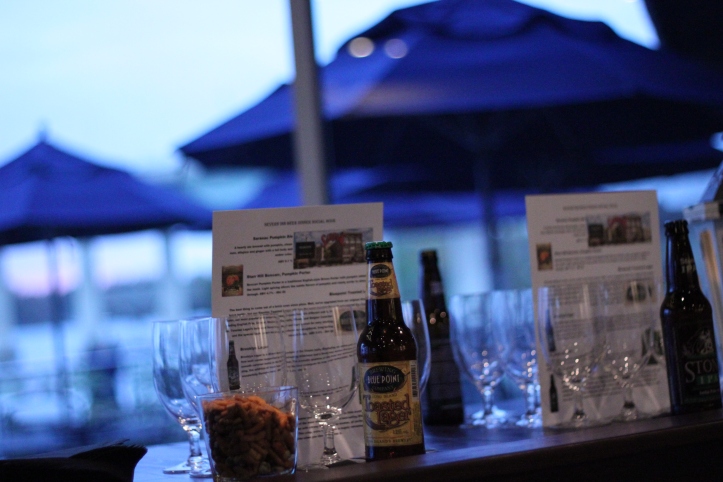 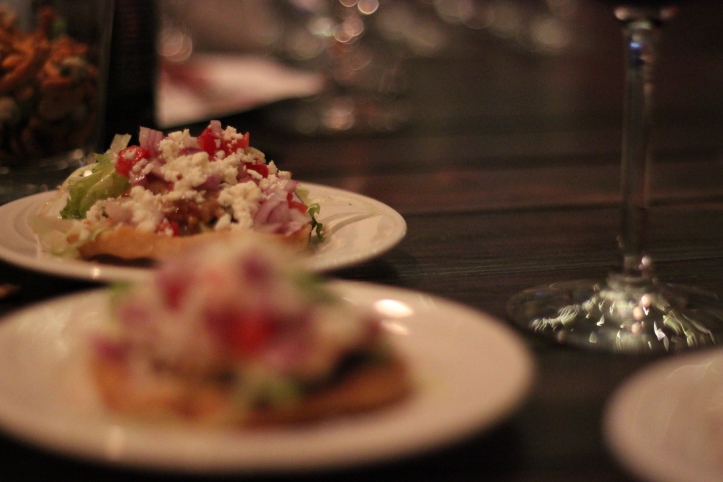 After an hour of delicious appetizers, great craft beer, and wonderful company, the actual meal began. 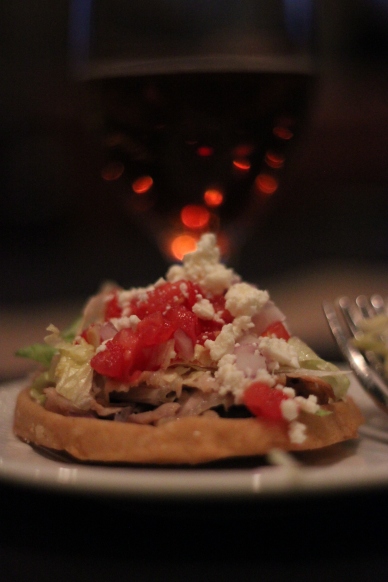 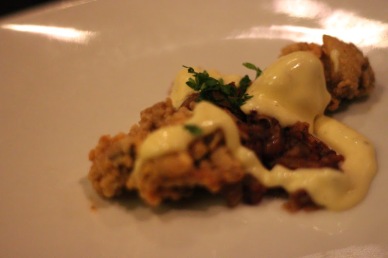 You can’t go wrong with fried oysters and bacon, but the hollandaise just tied everything together. Pairing this with the Pearl Necklace Oyster Stout was not just a perfect flavor combination, but also appropriate as portions of the profit from every bottle of Pearl Necklace go toward oyster recovery efforts in the Chesapeake Bay. 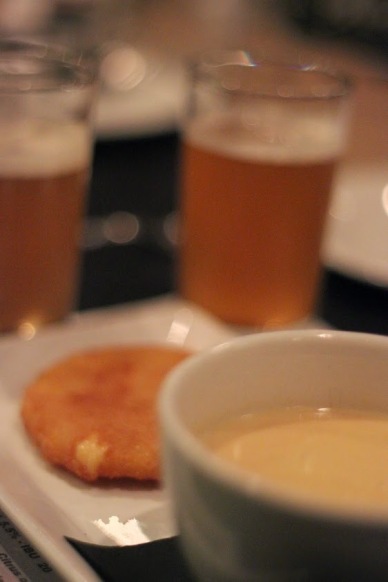 I ended up combining the two in something like a cheese-on-cheese fondue.

The Tank 7 paired so perfectly with this dish that I plan to find future cheese pairings with this beer. 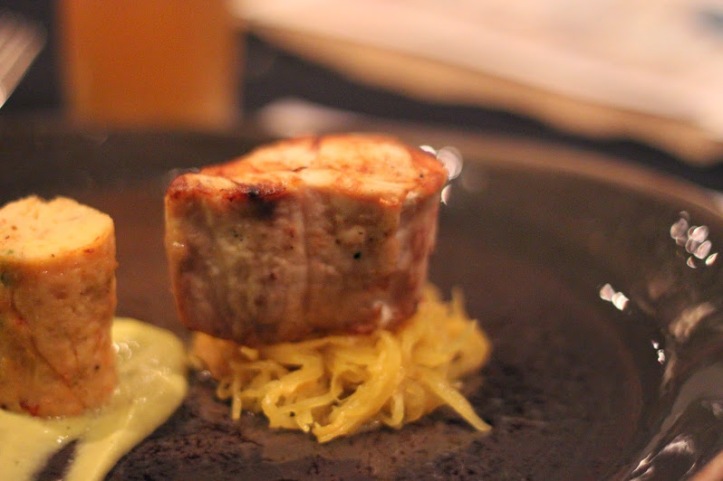 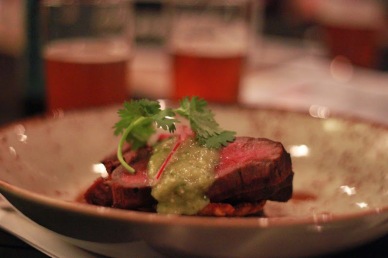 This dish was so good that I actually forgot to drink the Ballast Point Big Eye IPA  and Rogue Dead Guy Ale that was paired with the venison. I fixed my mistake though. 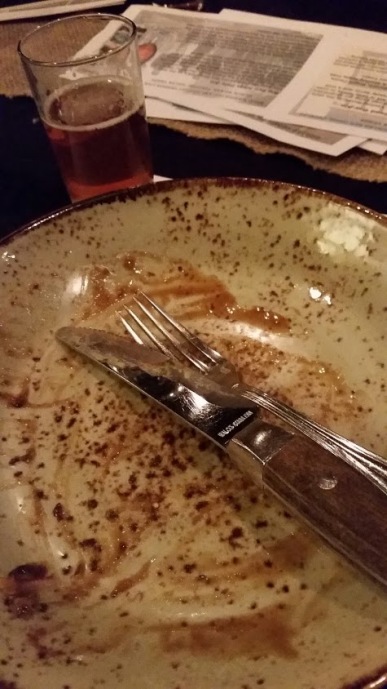 The dessert course strayed from the typical beer dinner and instead paired three desserts with three creme liqueurs. 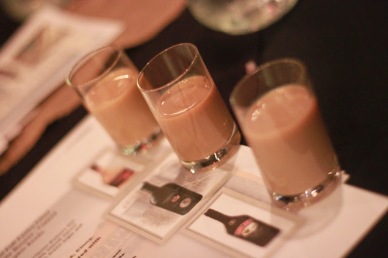 Honey crisp apple cinnamon brown sugar fritter with candied pecans and coated with a bourbon glaze. This one was paired with a maple creme liquor that could just as easily have been used as a delicious maple sauce poured on the apple fritters.

Chocolate cherry tart paired with Baileys. This was basically a gaint chocolate truffle and the pairing gave me a new appreciation for Irish Creme liqueur. 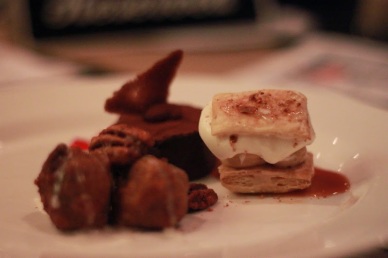 Mark Noah and the team at Severn Inn gave us a quick introduction to the meal we were about to be served. They then let us explore the dishes and the beers. The beers were even served as smaller pours, but your glass would quickly be refilled if you came across a beer you particularly enjoyed.

Severn Inn’s beer dinner debut was by far the best executed beer dinner that I have ever experienced. I will not be missing the next one.

***Want to know when the next Severn Inn beer dinner will be? Like The Beer Spy on Facebook to stay up to date***