We Beat the Brewers at 1747’s Beer Trivia Night!

Normally I’m a big fan of those that work in the craft beer industry. The brewers, distributors, promoters, and everyone in between are all doing that thing that defines us as Americans, working more than forty hours per week. And in those hours they are bringing us great craft beer. But last night was a different story. Last night they were the enemy.

I am talking about “Beat the Brewers” Beer Trivia night at 1747 Pub at Reynolds Tavern. If you weren’t there then be sad now, because the weather was FINALLY nice enough for 1747 to open up the patio!  Not only did this mean getting to sit outside and enjoy the cool clear evening, but opening up the patio bar meant four more great craft beers on the menu.

By sunset everyone finally made it through the horrendous traffic and the patio was completely full with trivia teams. Over ten teams competed but it was the “No Talent Ass Clowns,” the team team put together by The Beer Spy and Naptown Pint, that took the early lead and held on to it until the very last question. The Brewers put up a good challenge but Casey went full Terminator.

In the end we lost the lead to “Beer Pong, Shut Up!” They cleverly let us get distracted by our head to head competition with the brewers while they swooped in to push us down to second place. We may not have finished in first, but ultimately we did beat the brewers. And we did it while making some new friends, spending time with old friends, and enjoying some great beers.

Of course some of the brewer’s team  broke down into pathetic tears of sadness and sought comfort in the arms of a champion.

New friends glowed in the glory that comes with defeating your challengers.

Casey and Liz just got angrier and angrier the more I insisted that David Hasselhoff was right behind them. You can tell Casey is almost convinced enough to look. 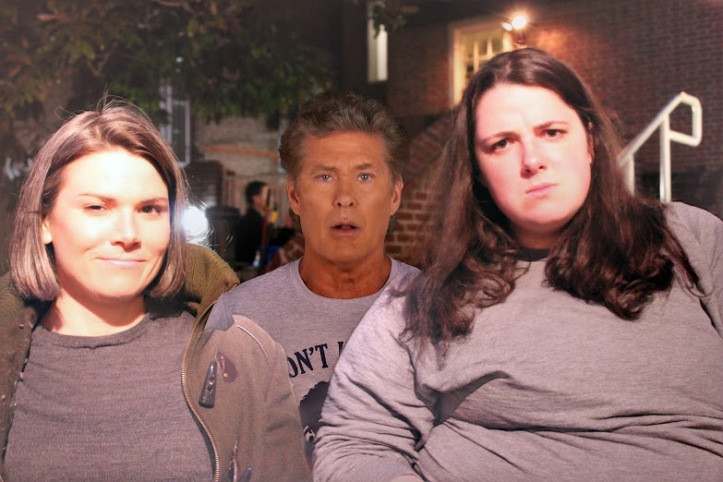 And eventually the brewers team got over their really awful and embarrassing beat down. It’s a good thing too, because there is still beer to deliver for the rest of Annapolis Beer Week!