One of the greatest things about joining a homebrew club is the ability to take on projects that would be too big or difficult to accomplish on your own. Recently, the Annapolis Homebrew Club completed one of those projects, the annual Single Hop Pale Ale Swap. The objective is for everyone to brew the exact same pale ale recipe except that everyone uses 6oz of a different hop in their beer. Everyone gets together and exchanges bottles once the beer is brewed. This lets you single out the flavors and aromas of each hop variety because the malt, yeast, and brewing process are all the same (the water is almost the same).

There are nearly 100 hop varieties available to brewers today, and each one has its own unique flavors and aromas. I knew I wanted to brew an extra batch of this beer to have on tap at the house this spring, so the hop I eventually chose was Belma, a proprietary hop from Hops Direct. Belma’s flavor and aroma are supposed to be strawberry, citrus, and melon, and that sounded perfect for springtime in Naptown.

Joe, my neighbor and brewing buddy, came over for a joint brew day. Things started out rough because temperatures were in the twenties and some of the equipment was frozen shut. It was hard to imagine that we were brewing beer for the spring.

Joe and I powered through the elements and got the brew day started. 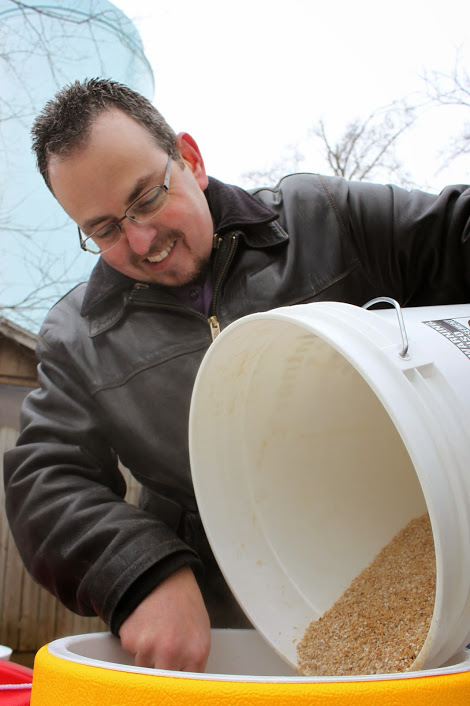 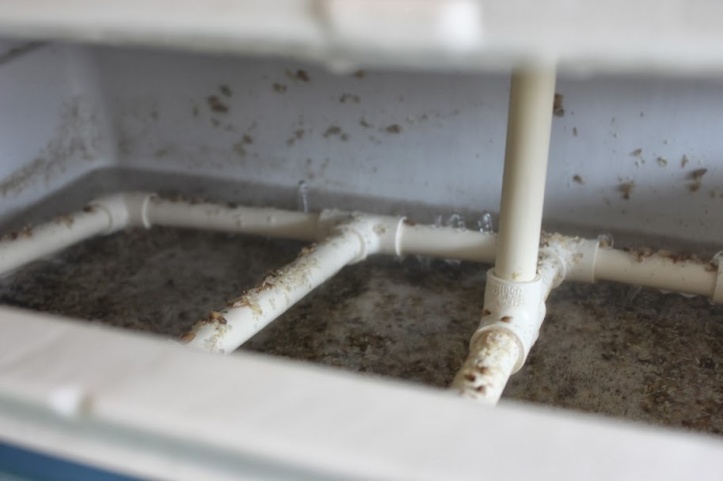 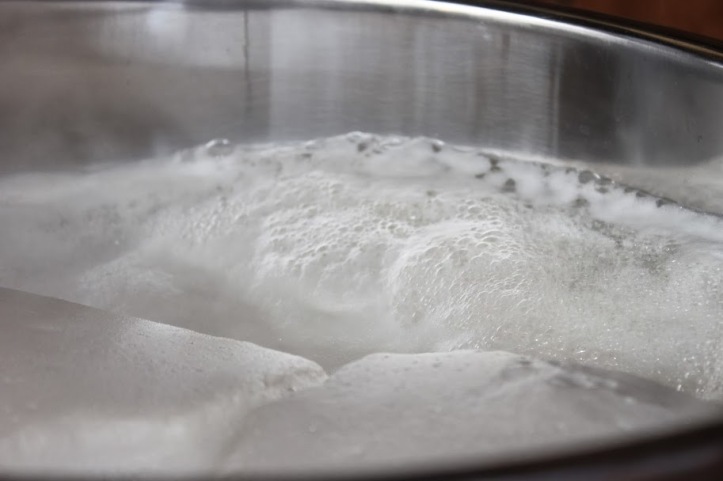 At the end of the day I had 10 gallons of what would be my Belma Pale Ale, and Joe had five gallons of a Belgian Blonde recipe that was also his first all grain beer. About three weeks later I had five gallons of the Belma kegged. Everytime I said Belma it made Casey think of Velma from Scooby Doo, so I present to you “Jinxies Pale Ale.” 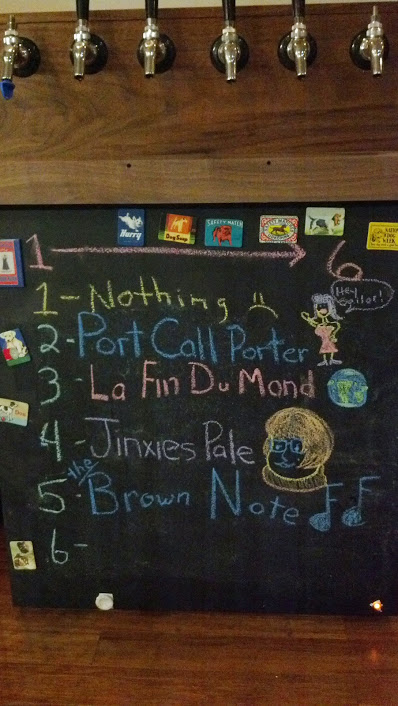 The first few pours were a bit cloudy, but had a great aroma and flavor. The strawberry was absolutely dominant, but there was also honeydew melon and a hint of grapefruit. The bitterness of the hop was very clean, but I would never waste this hop on bittering because it absolutely deserves to be used for its flavor and aroma. 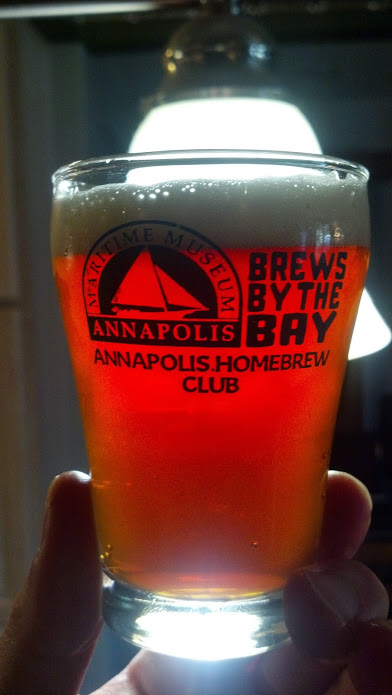 The five gallons that I bottled made its way to the single hop swap. I traded my bottles for several other pale ales each using a single hop variety. There were hops from all over the world, such as New Zealand Motueka, Australian Galaxy, American Willamette, Mt. Rainier, Simcoe, Cascade, and even Mosaic. A few European hops even made it into the mix. Each one has its own flavors, be they herbal and earthy, peppery, fruity, or floral. Some have tropical fruit flavors like mango, or passion fruit. Others taste of pine, citrus, berries, or even grass. Over the next few weeks the club members will be trying the beers, taking notes, and sharing their thoughts on the strengths and weaknesses of each hop. This is how the Annapolis Homebrew Club helps make us all better brewers. 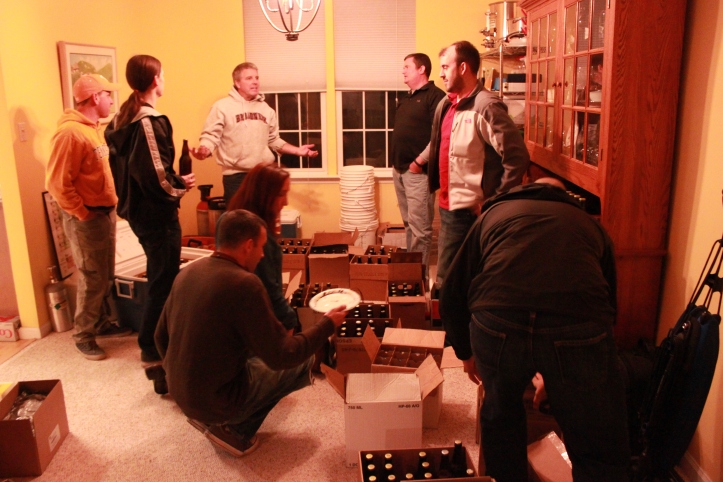 After a week of cold crashing the Jinxies cleared up nicely. It has been the perfect spring time beer with its berry and melon flavors. It was the perfect companion just a few nights ago while grilling steaks out on the deck. I now have another Belma based beer in the works, but this one will also have Sorachi Ace, a Japanese hop that has a very strong lemon flavor with hints of dill and coriander. The plan is to find a blend that highlights the strawberry in the Belma, with the lemon in the Sorachi Ace; I’m aiming for the perfect summer pale ale. We’ll see how it turns out in a few weeks.

In the mean time, here is the recipe if you want to make your own version of Jinxies Pale Ale. 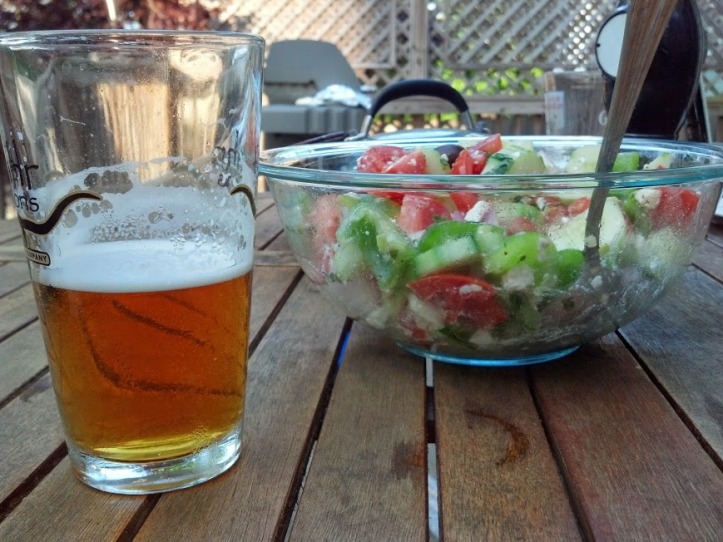