Annapolis On The Cheap: Metropolitan Kitchen and Lounge

Annapolis On The Cheap is a series of posts where we, Nathan and Casey, attempt to have an evening of food and craft beer in Annapolis for less than $30. Our goal is to find the best happy hour deals across Naptown so that you don’t have to! 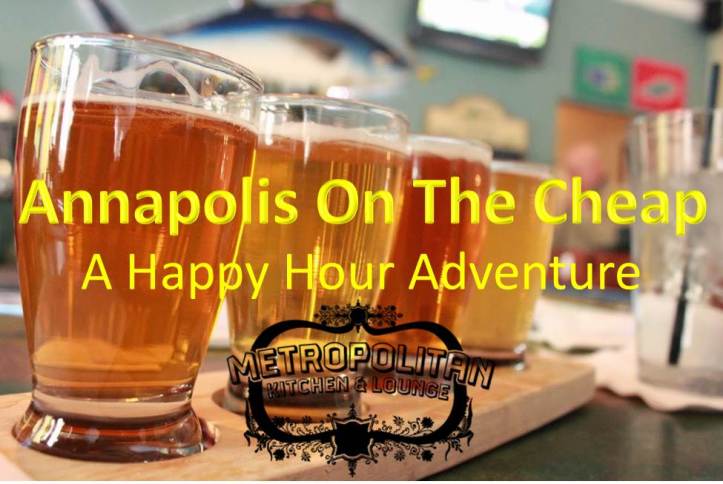 We practically live across the street from Metropolitan. We’re there at least twice per week between brunch, a weekend drink, or dinner with friends. The one thing we seem to forget about though is the happy hour. I have no idea why.

Metropolitan is the “Uptown Annapolis” beer bar, restaurant, cocktail lounge, and music venue. You would think it would be hard to be all those things at once but they really pull it off. The front bar area is a great place to enjoy great food, craft beer, and cocktails, while the back dining area has a more subdued and intimate atmosphere. The second floor is where you can catch a live show with its own dedicated bar, and the rooftop offers great outdoor dining and cocktails. The whole place is decorated with local art and you’ll routinely find local musicians either at the bar or playing on ajar (open) mic night.

As far as beer goes Metropolitan has an average number of taps by Annapolis standards, but they’re constantly rotating great beers through all of them. They also have a very carefully curated bottle menu, and the roof top often serves beers unavailable on the first floor. We grabbed two seats at the ground floor bar and ordered up the first round. 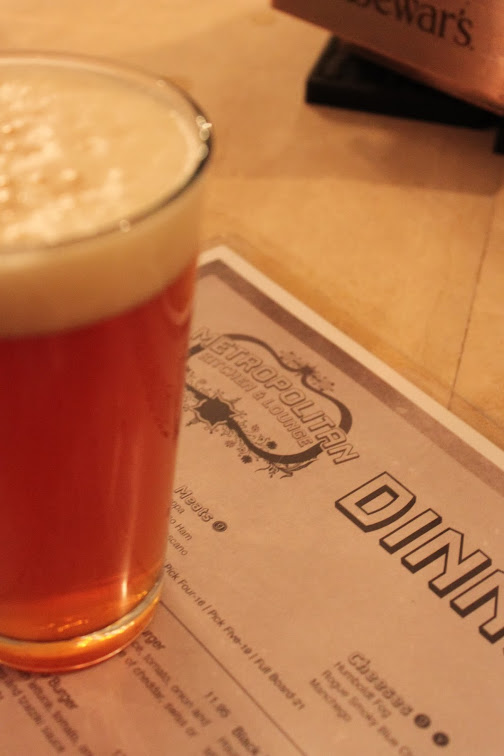 The happy hour beer is usually Lagunitas IPA, an absolutely excellent West Coast IPA with lots of pine, grapefruit, and other citrus in the aroma and flavor. Fortunately for me the Lagunitas was out and Brendan, Metropolitan’s bar manager, let us substitute my favorite Maryland Beer, Monocacy’s Riot Rye. At $3 a glass for happy hour I never wanted to leave.

The happy hour food special at Metro includes half-price flatbreads, and they make some of the best in Naptown. We ordered the Annapolitan, a Chesapeake seafood inspired pizza with scallops, shrimp, crab, and of course seasoned with Old Bay. We also ordered the barbecue chicken flatbread. The food was not only delicious and ridiculously cheap, it also ended up being more than enough. We took home two to-go containers that I ended up combining for lunch the next day. 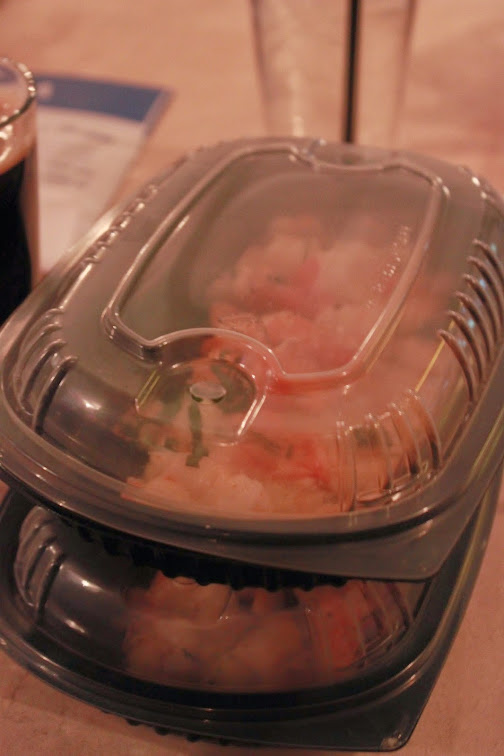 We have been so successful with our $30 happy hour challenges so far that Casey decided to venture out and have a non-happy hour beer. She ordered a Lagunitas Undercover Investigation Shut-Down Ale, a special beer commemorating the day in 2005 when undercover investigators shutdown the Lagunitas brewery for 20 days for operating a “disorderly house.” 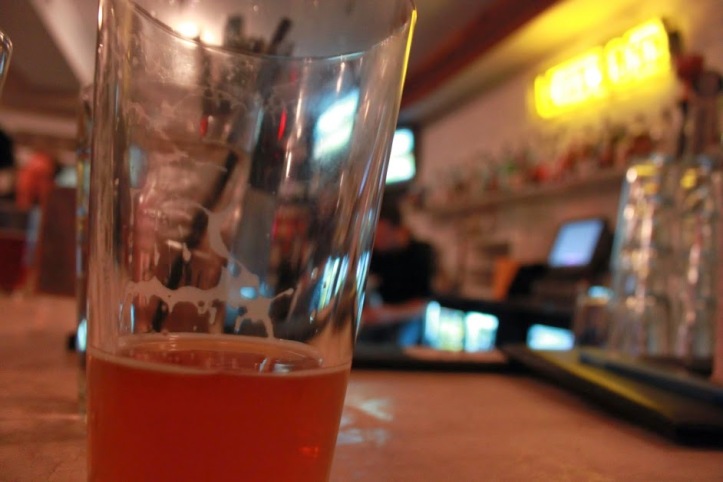 So can you have all this at Metro for under $30? Unfortunately straying from the happy hour menu ended up costing us, and the total bill came out to $30.06 before tip. I am confident we could have met the $30 challenge if we hadn’t taken our eyes off the goal. Even then, we ended up with so much leftover food that I got another meal out of the deal. That alone was worth well more than $.06, but it doesn’t change the fact that we went over budget.

Now full disclosure here. I took so long to write up this post that Metro has changed their entire happy happy hour since we were there. Expect a new $30 happy hour challenge in the very near future, and next time we’ll stay on task because I am confident we can affordably enjoy all Metropolitan has to offer.