Annapolis On The Cheap is a series of posts where we, Nathan and Casey, attempt to have an evening of food and craft beer in Annapolis for less than $30. Our goal is to find the best happy hour deals across Naptown so that you don’t have to!

When we first moved to Annapolis I thought Fado Irish Pub was going to be a bit too much of a commercial chain “Irish pub” for me, but I’ve since come to love the place.Chain or not, Fado is actually heavily involved in local charities and the community, and they have put on some really great beer events. If you’re into soccer then it’s almost a guarantee that Fado will have whatever game you want to watch, and if you’re hungry their all day Irish Breakfast has been known to satisfy cravings that nothing else can fill. It’s a great place to grab a pint or grab a bite.

Fado doesn’t have the best beer selection in town, but they do have a few rotating craft beer taps as well as bottles and cans from several craft brewers in the region. The happy hour deal has craft beers going for $4 each, but the beers available at that price can change from week to week. When we arrived DC Brau, New Belgium, and Yard’s were on the happy hour menu.

As far as food goes there are two days of the week that really stand out at Fado. On Mondays you can get the fish and chips for half price, and on Taco Tuesday’s all tacos are one for $3, three for $8, or six for $15. You can mix or match your tacos with choices of lamb, blackened chicken, pork belly, shrimp, or fish. We did this $30 challenge on a Monday.

For beers we both started off with the Yard’s Brawler. This is an English Mild style ale with an aroma and taste just like what you would expect from a style called “Mild”. The beer was dark with a beautiful creamy head. The flavor is a light bready malt sweetness with toast in the finish and aftertaste. It’s an easy drinker and at 4.2% ABV it’s just barely in the session beer category.

This was a Monday night so of course we went for the fish and chips. Fado has an option for a full plate or a half plate, but neither one of us felt like holding back so we both went for the full plates. When they came out the plates had two huge battered cod fillets with half the plate covered in fries. This ended up being more food than either of us anticipated.

That may not look like a big plate of food up there, but that’s because I had already eaten half my plate before I remembered to snap a photo. Trust me when I say that neither of us was in any danger of going home hungry. One or both of us could have gone for the half plate and we would have been fine.

For follow up beers I ordered The Public from DC Brau, and Casey had something from New Belgium. The Public is a well hopped American pale ale. The aroma is full of super floral hops, pine, grapefruit, and fresh hay. The flavor has a good dose of caramel malt but the hop flavors of grapefruit, overripe nectarine, and earthy herbs are what stand out. It’s a bit more bitter than most pale ales, but you need to try it if you’re a fan of earthy, herbal, and citrus hop flavors. 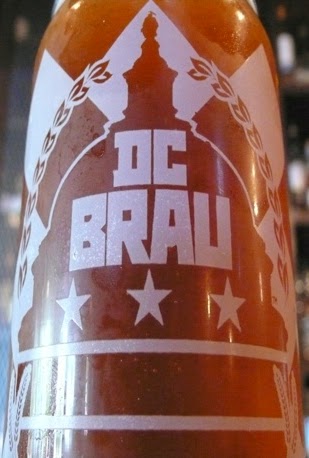 I don’t even remember what New Belgium beer Casey had, and I didn’t try it, so it’s not important. Let’s move on.

At $4 each our beer came out to $16 plus wonderful Maryland taxes. Together our meals came out to $15.90. Once you throw in all the taxes the bill was just over $36, making this $30 challenge a dismal failure, just like the last one. However, had we known how big the fish and chips were going to be then we would probably have gone with the half portion and still have been satisfied. Switching to the half portion would have reduced the bill down to just over $28.

As hard as it’s going to be we’re going to have to go back to Fado and try this again. Considering the World Cup starts today we’re going to have to try more craft beers, and eat delicious fish and chips, while watching Clint Dempsey, Jozy Altidore, and the rest of the US Men’s Soccer Team take down Ghana in their first Group G match. It’s going to be a difficult sacrifice dear Beer Spy readers, but we will do this for you. 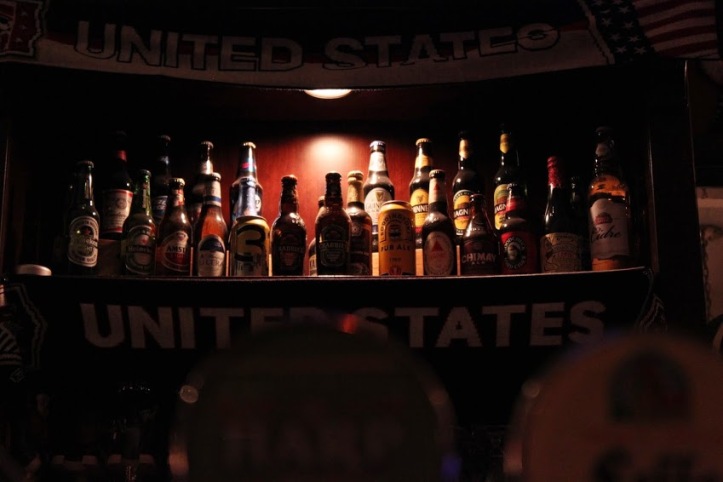