Three Beer Pairings For Summertime Theater at 1747 Pub in Annapolis

Every Tuesday this summer in Annapolis you can enjoy some great beers and outdoor live theater in the courtyard at Reynolds tavern. Last Tuesday I got to see the show myself and I highly recommend it, not just because the Annapolis Shakespeare Company puts on a great performance, but also because you can enjoy some really great beers along with the wonderful weather we have this season. Now being The Beer Spy, I’m also going to give you some great beer recommendations for each act of the play. 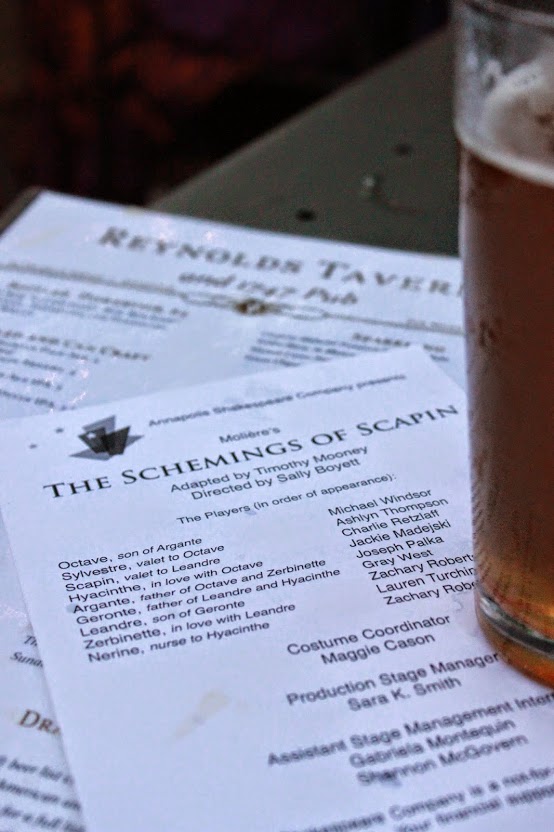 The show currently being performed is The Schemings of Scapin, a 17th century comedy set in Italy, that has been adapted for a modern English speaking audience. Two young men have been on the prowl while their fathers are away and have promised to marry two young ladies. The lovestruck men know their fathers won’t approve and are a little short on the funds needed to support their brides to be, so they enlist the servant Scapin to help them swindle their fathers out of some cash.

Act I – The Big Squeeze Shandy from Harpoon Brewing Co. 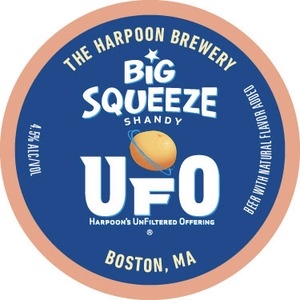 For Act I you have to order the Big Squeeze Shandy from Harpoon brewing company. Why? Let’s start with the name, ‘The Big Squeeze,’ because it’s perfect for a play where the main plot is to swindle two wealthy noblemen. Based on name alone the beer would be the perfect pairing for this play, but honestly, this is more about the beer and not just the name.

This beer belongs in Act I  because the play gets started when the sun is still up and its still a bit warm out. This is when you want something a bit lighter, and a bit refreshing. Big Squeeze is a wheat beer that also has a good helping of grapefruit. The result is citrusy and slightly sour with a refreshing acidic bite. This is meant to be consumed on a warm day outside, and their are few places better to enjoy this than the courtyard at Reynolds Tavern. Sip this beer as the play begins, as the sun is setting, and before the coolness of the evening air sets in. 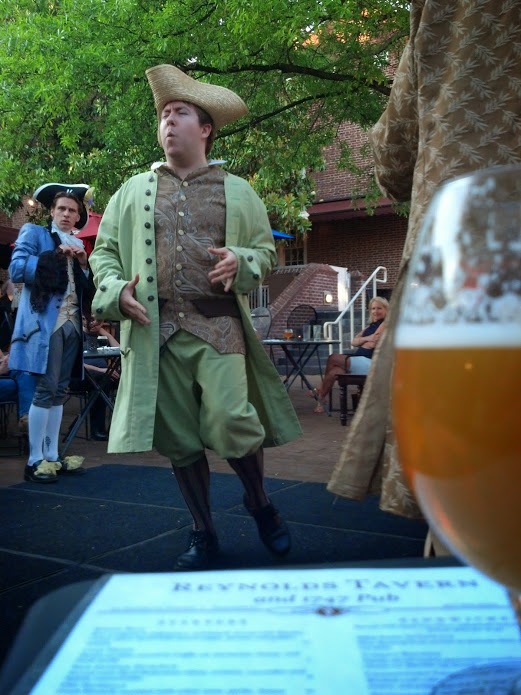 Act II – of Love and Regret from Stillwater Artisinal Ales 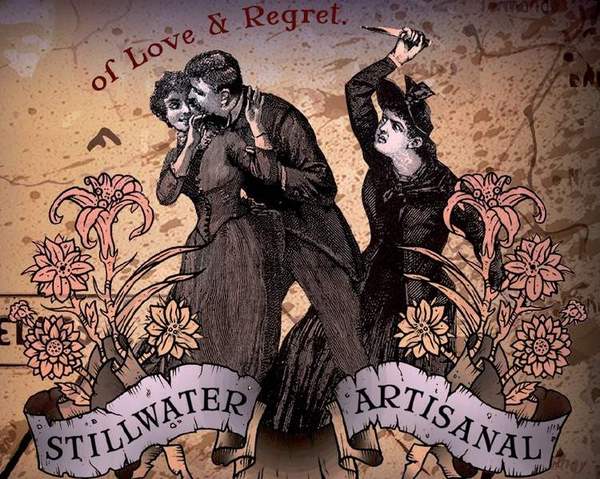 For Act II I have to go with of Love and Regret from Stillwater Artisinal Ales. Stillwater is technically based in Baltimore but is what’s known as a gypsy brewer, meaning that they own no actual brewery. To make their beer gypsy brewers rent out time at other breweries or contract to have their beer brewed by others. Stillwater makes some incredible beer and Of Love and Regret is no exception. There is a reason this beer carries the same name as its owner’s flagship Baltimore beer bar.

Once again, this beer has a great name for pairing with this play, because there must be a tinge of regret when marrying your love requires the recruitment of a con artist. However, I also chose this beer because it’s a phenomenal brew with Maryland roots. of Love and Regret is a Belgian farmhouse style ale that was inspired by the flavors and aromas of spring. The beer has a coppery gold color with an aroma that is floral, herbal, and spicy. You may smell chamomile, clove, cinnamon, lavender, and citrus. The flavor is rather sweet but works very well with the spices and herbal flavors that are similar to the aroma but with the addition of banana, and a bready aftertaste. 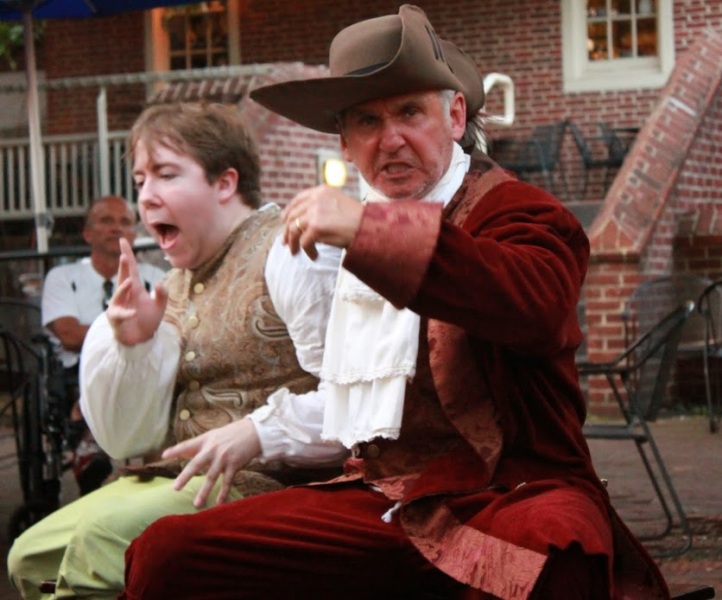 Saison Des Mysteres is a Maryland selection that comes from The Brewer’s Art in Baltimore. Once again the name is appropriate for Act III of this play because this is where a mystery is revealed and we learn how all of these conflicts will be resolved.

Saison Des Mysteres is also a Belgian farmhouse style ale with hibiscus and lemon balm. This beer has a dark orange color and is a bit cloudy. The aroma and flavor both have lemon and pepper, with a bit of funky breadiness from the yeast. This beer isn’t as complex as some farmhouse ales, but its fairly low ABV (4.4%), straightforward drinkability, and subtle citrus flavors keep me coming back. I also like this lower alcohol content because work starts pretty early on Wednesday morning.

Getting Tickets to the Show

I highly recommend checking out the Schemings of Scapin while the show is running. Shows are every Tuesday at 7:30pm, and tickets are $16 in advance or $20 at the door. The show is funny and well performed, the beer is excellent, and this is the perfect season to spend an evening in the courtyard at Reynolds tavern.